Over the Hedge: Born of Water, Part Four

Hecate is the Greek goddess of undeath, witchcraft, crossroads, doorways, and other related purviews. Within Tall Tales, this has been translated into a position as the deity of liminal spaces. She is the Mistress of the Crossroads, the goddess of magic, and the divine mentor and patron of Jackie Veracruz and an unknown number of other mages.

Hecate is attested as a Greek goddess in antiquity. Her origins as a spirit are largely unknown, though Sergei Petrov has theorized that she was initially the deity of transition for early humans establishing the first cities[1].

Hecate first appears as the divine patron of Jackie Veracruz during the storyline "Born of Water," where Jackie travels to the Crossroads via astral projection multiple times[2]. During this story, she notices John Matteson and takes an interest in his powers. 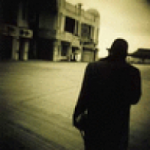